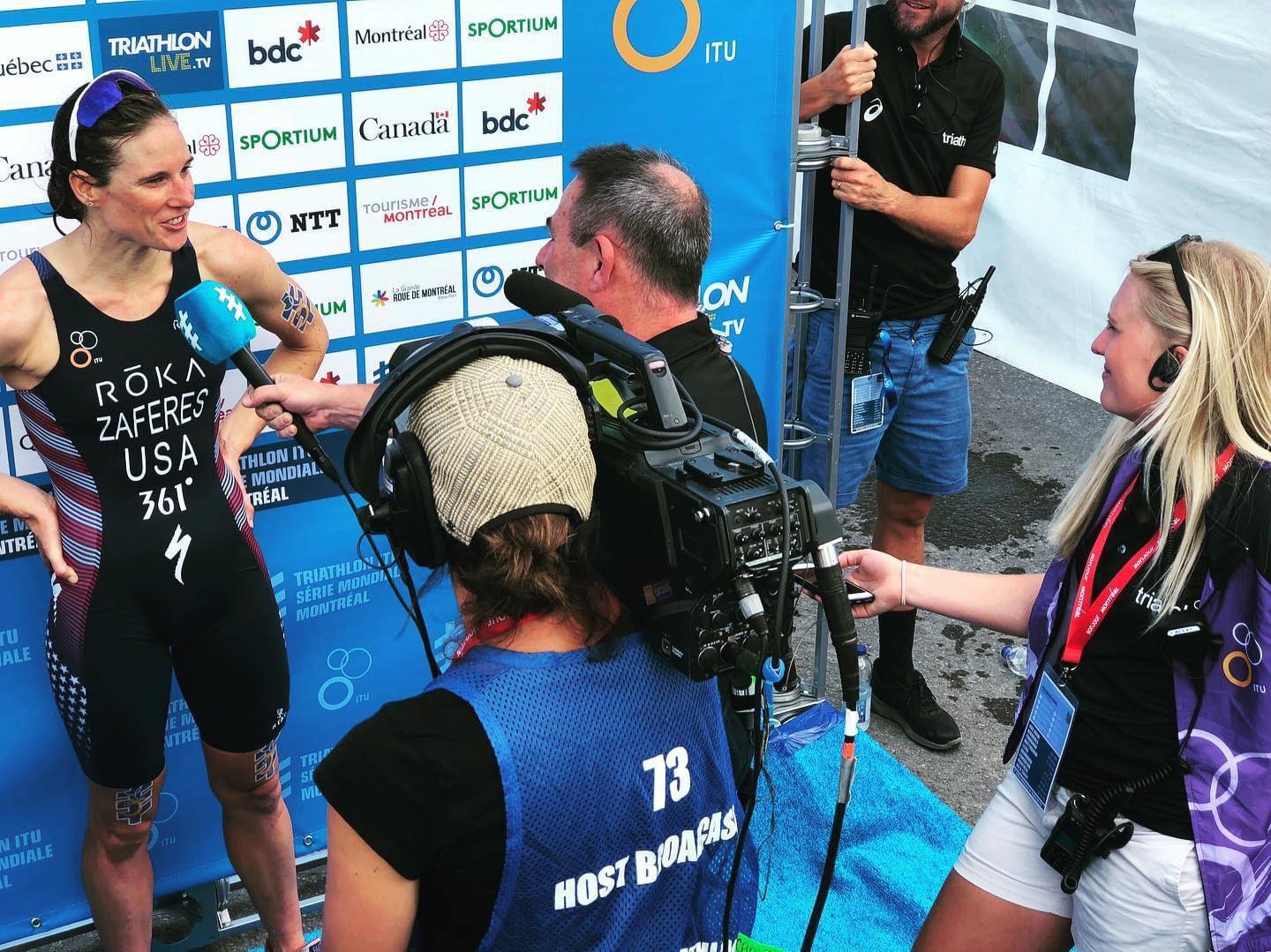 Meet the hardworking people behind Grand Rapids Triathlon and the ones who make race day happen year after year. As we prepare for the debut (and hopefully last) edition of the Grand Rapids Virtual Triathlon 9.5 this June, we celebrate the people who volunteer their time and have made GR Tri one of the best triathlons in the state…. or we like to think in the world! 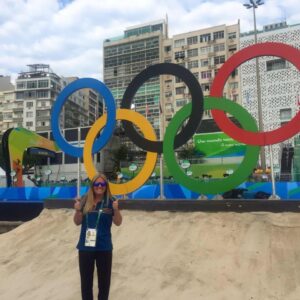 How you got involved with Grand Rapids Triathlon?
I just moved to Grand Rapids in July 2019 after moving back to Michigan after living abroad in Ecuador for three years. I moved back to my home state to settle down and be close to family as I was about to get married to my Husband, who was from Ecuador and would be immigrating here. While living in Ecuador I worked as the Communications Specialist for the International Triathlon Union. I traveled the world going to World Triathlon Series races and got to meet a lot of professional triathletes, so that is how I got involved in the sport. I even got to go to the 2016 Rio de Janeiro Olympic Games and witnessed Gwen Jorgensen win the gold medal for USA, it was an unforgettable experience. I left that position when I left Ecuador however, and due to my experience with the sport got connected with Ann Vidro, who then introduced me to Jon Conkling and John Mosey. I have been on the team ever since and I am loving every second!

Have you ever raced the event?
I have never raced the event. You would think that since I worked at ITU for so many years I would be an experienced triathlete, but I unfortunately am not the best swimmer, so I was always too intimidated to participate in a triathlon at one of the Age-Group events during ITU races. But, I love to run, so Jon and John convinced and encouraged me to do the GR Tri this year and make my triathlete life a little more official. However, since COVID-19, I never got to get in the pool to improve my swimming, so I decided to just do the virtual duathlon event this year. But come 2021… look out!

Do you have a favorite memory at the event?
As this will be my first year with the race, I am hoping I will make some long lasting memories. I am really excited to see all of the photos of people getting out there on their own and racing virtually. This has been such a crazy year and so many aspects of life have been changed, but I am really encouraged by all the people who have decided to not let circumstances get in their way of accomplishing their goals. While the virtual race may not be the same as racing alongside everyone at the starting line, it doesn’t mean we all can’t continue the community of triathlon by racing anyway and supporting the GR Tri.

Any race mishaps over the years you like to laugh at now?
I have a feeling that I will have many mishaps during my duathlon race. I am a runner, I don’t even bike that often, but we all have to start somewhere, so I am going to give it my best shot! 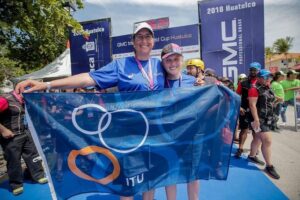 What do you love about triathlon?
What has always marveled me about the sport is that people from all walks of earth can enjoy this sport, there is no timeline of when you can get involved. During my time at ITU, I worked mostly with the professional triathletes, so I got to witness the best in the world. I could not believe how fast they could be doing three different sports at once, and then add the quick transitions in there and it’s unbelievable! I mean, how do you whip off a wetsuit so fast? However, I was very fortunate to also witness a lot of Age-Group athletes and Paratriathletes from all over the world as well. I have witnessed a 90-year old man race or people in wheelchairs just speed through a course. This sport brings out the best in people, it’s been very incredible to see.

What is your favorite thing about Grand Rapids Triathlon?
While I have been behind the scenes for the most part this year and just on the planning stages of the event, I have loved getting to know the amazing people behind this event. Lori, Jon and John could not be better people. The passion that they have for the sport, this city and this event is unparalleled. It has been such an honor to get to be on their team, I can’t wait to finally see the event come to life next year!

Your perfect post-race meal?
Triathlons are exhausting, and that is coming from someone who never actually competed in one. But with ITU, I was in charge of doing social media play-by-plays, taking photos, getting post-race interviews of the podium and writing the race recaps, so I did my fair share of running around come race day. My media team always had a tradition of getting a pack of beer and a pizza after a race while we worked on our recaps, I can imagine that I will keep that tradition alive once I start competing too.

Why should someone still do the Grand Rapids Virtual Triathlon 9.5?
The state of our world has been sad and heavy. It has changed the lives of so many people are the world, that so many of us are craving some normalcy again. I understand that many are disappointed that races had to be cancelled, but doing things that you are passionate about do not have to be cancelled as well. Joining in on the virtual race is a way that people can claim their normalcy again. They can do something they love while also supporting an event that really needs them right now. 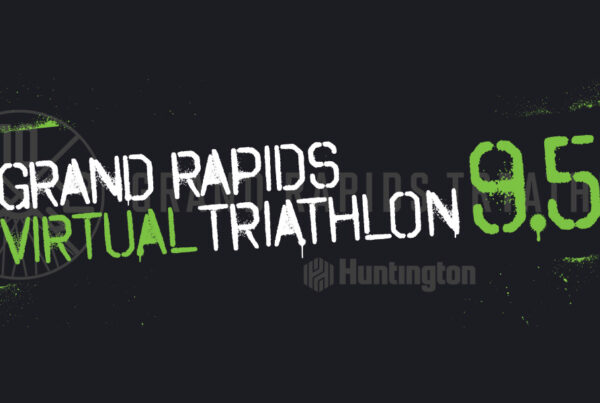 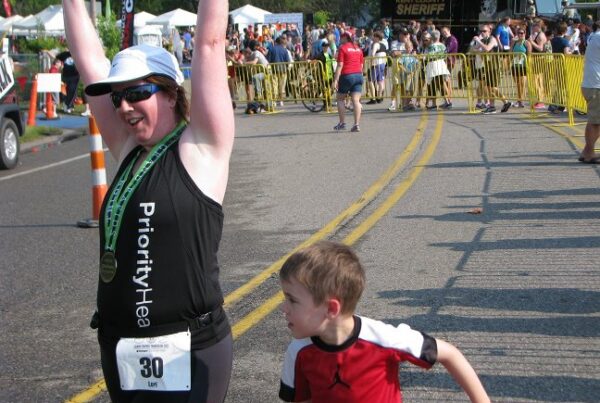 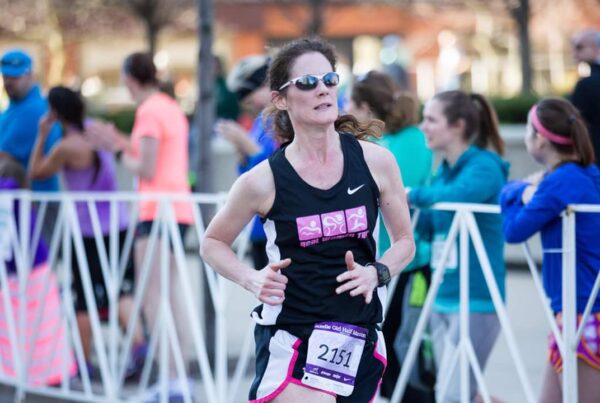